Popular tech site Phoronix is quite famous for its comprehensive benchmarks and gadget reviews. Along with the support of many hardware and software vendors, the team developed an extensive testing tool called the Phoronix Test Suite. Licensed under GNU GPL v3, the cross-platform benchmarking tool comes with 130+ test profiles and 60+ test suites. The suite also supports PNG, JPG, GIF, Adobe SWF, and SVG Graph Rendering support.

With a nice-looking GTK2 GUI, the free tool provides a global database for result uploads and benchmark comparisons. That said, if you’re a little worried about your system getting messed up during the benchmarks (which is quite unlikely), you can download the Linux-based Live DVD/USB Testing distribution called PTS Desktop Live. The free distribution is a great way to test any computer for stability problems and for measuring performance in general. 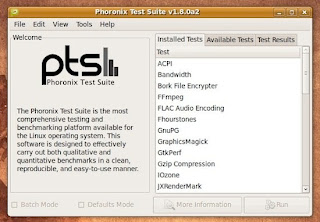 LMbench is a suite of simple, portable benchmarks to measure performance of UNIX systems. Though not as easy-to-use as the other tools on this list, LMbench is great for bandwidth benchmarks like memory copy, memory read, for latency benchmarks, and for processor clock rate calculation.

Though not FOSS, Geekbench does provide comprehensive benchmarking resources for Windows, Mac, Android, iOS, and Linux users alike. One of the prominent features of this tool is its support for multicore computers, that is, Geekbench measures the performance of all cores of the system (even works for a 12-core MacBook Pro!). Also compatible with 64-bit computers, Geekbench comes with a very easy-to-use feature called one-click benchmark that eliminates the need for tweaking with any complex settings. Though cross-platform, Geekbench is neither free nor open-source. You are needed to ‘pay and unlock’ the software for use. 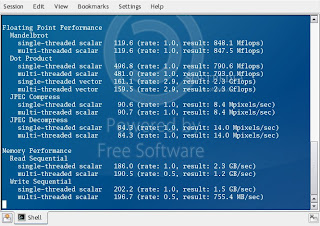 Bonnie++ is a benchmarking suite designed for performing a number of simple tests of hard drive and file system performance. The free software tests database type access to a single file (or a set of files if you wish to test more than 1GB of storage), along with running tests for creation, reading, and deleting of small files that can simulate the usage of programs such as Squid, INN, or Maildir format email. Though not the best tool for new users, Bonnie++ does prove to be a great benchmarking tool for Linux.